„The Biotic Explorers Research Group“ is a fictitious association and the collaborative effort of scientists from different European countries that worked on the borders of technological explorations in a scientific context under the administration of the U.S. Department for Transcontinental Scientific Exchange during the 1970s and the early 1980s. In their researches, they traveled far and wide throughout Europe to visit different locations to observe, record and explore the behaviour of the regional biota. 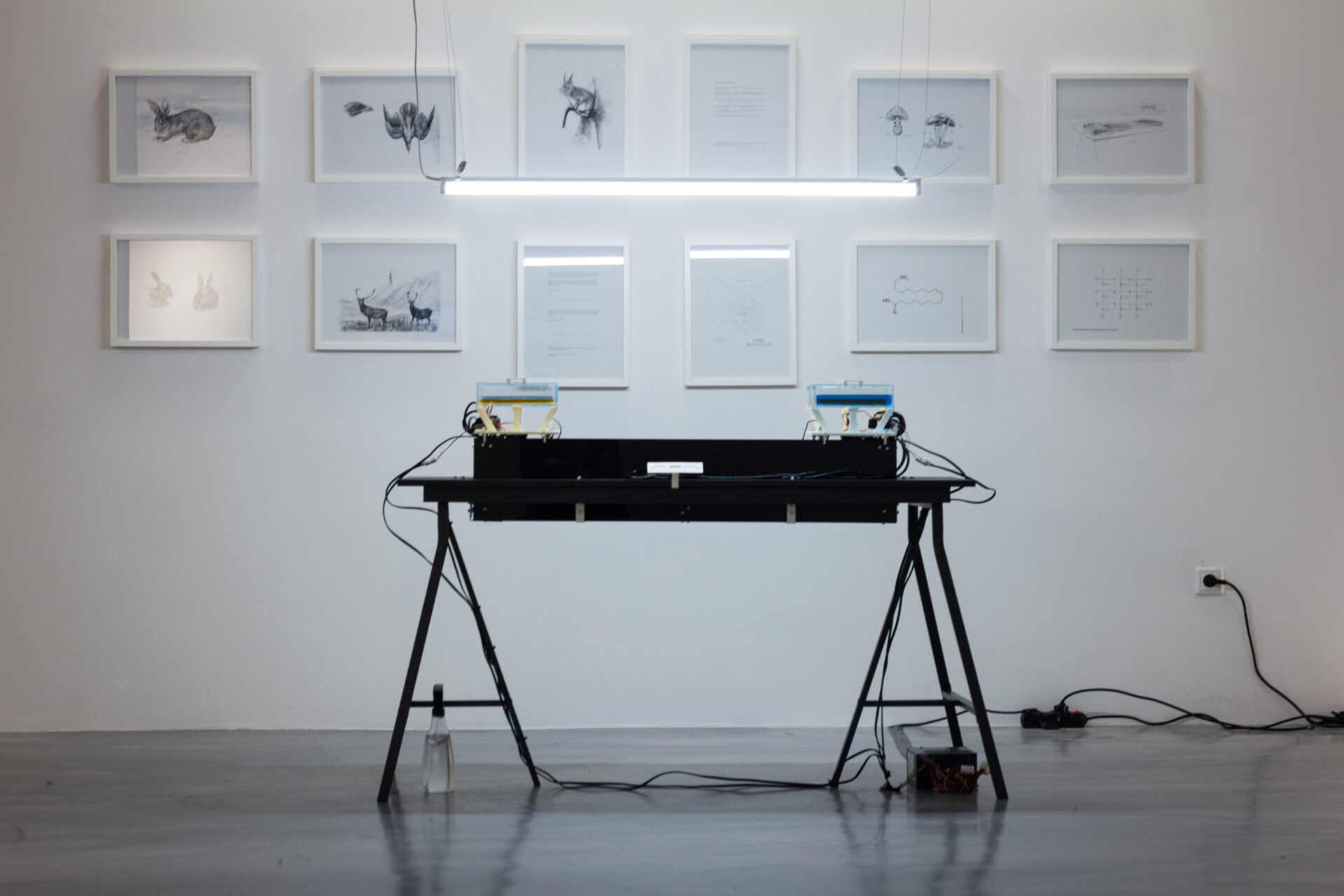 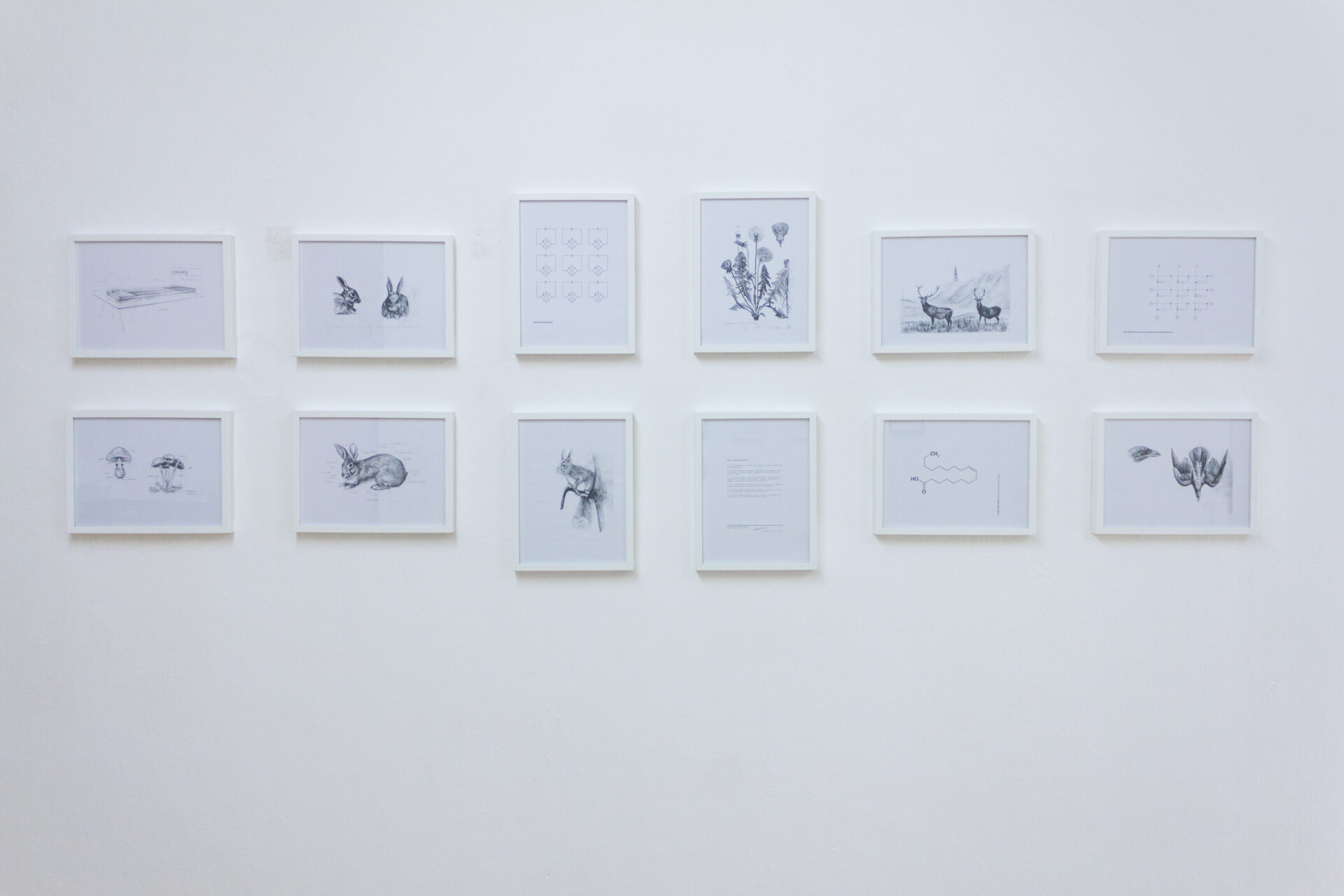 Due to its classified nature only a marginally small amount of reports, out of 45 conducted researches and experiments, as well as the blueprints for a possible novel communication technology, based on fungal networks, could be retrieved from an unknown source. The results are distilled into two artefactual objects: A scientific book containing reports and their accompanying illustrations and scientific diagrams, ordered chronologically. The other object is an experimental setup, instantiating the communication technology that was discovered by the Biotic Explorers. 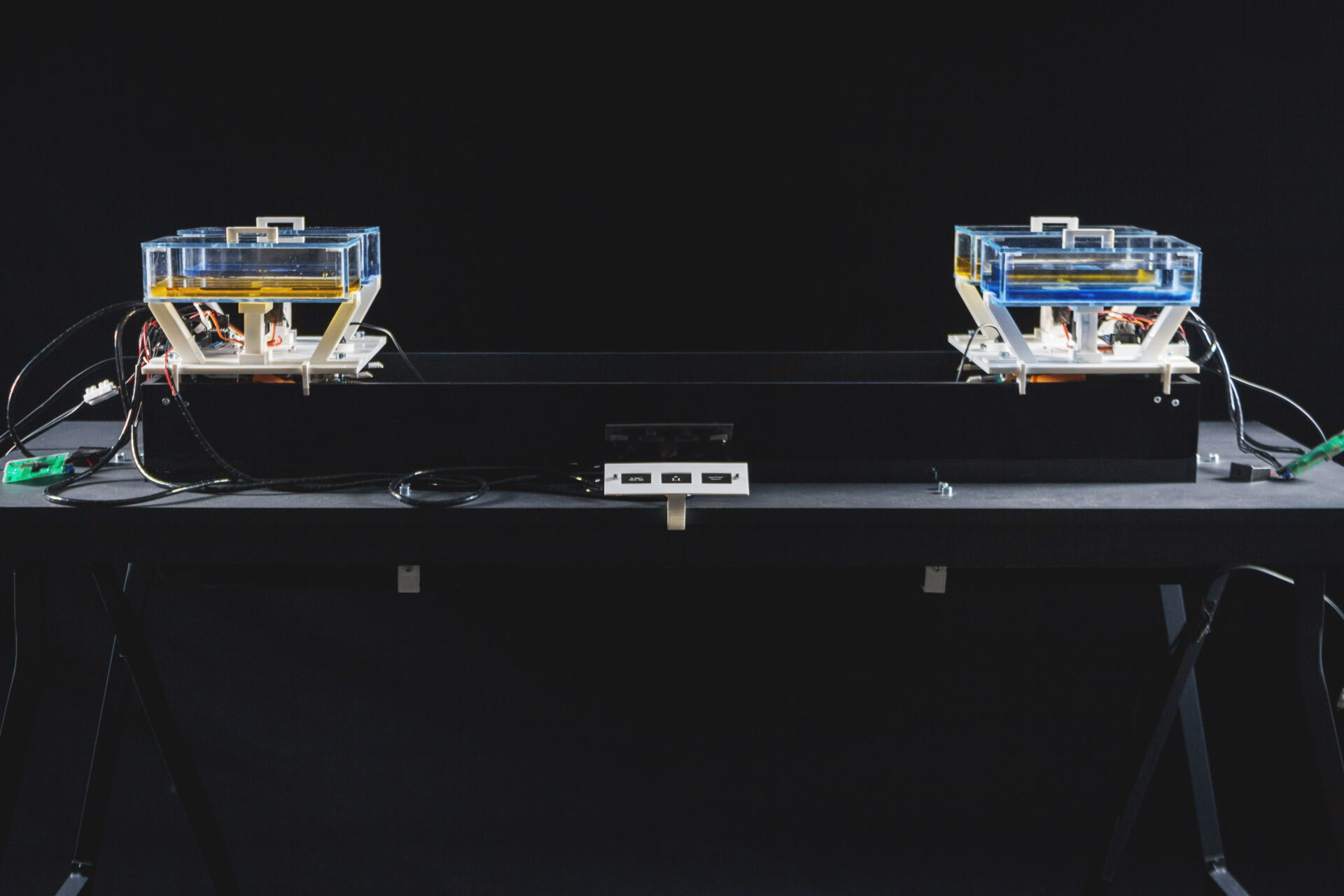 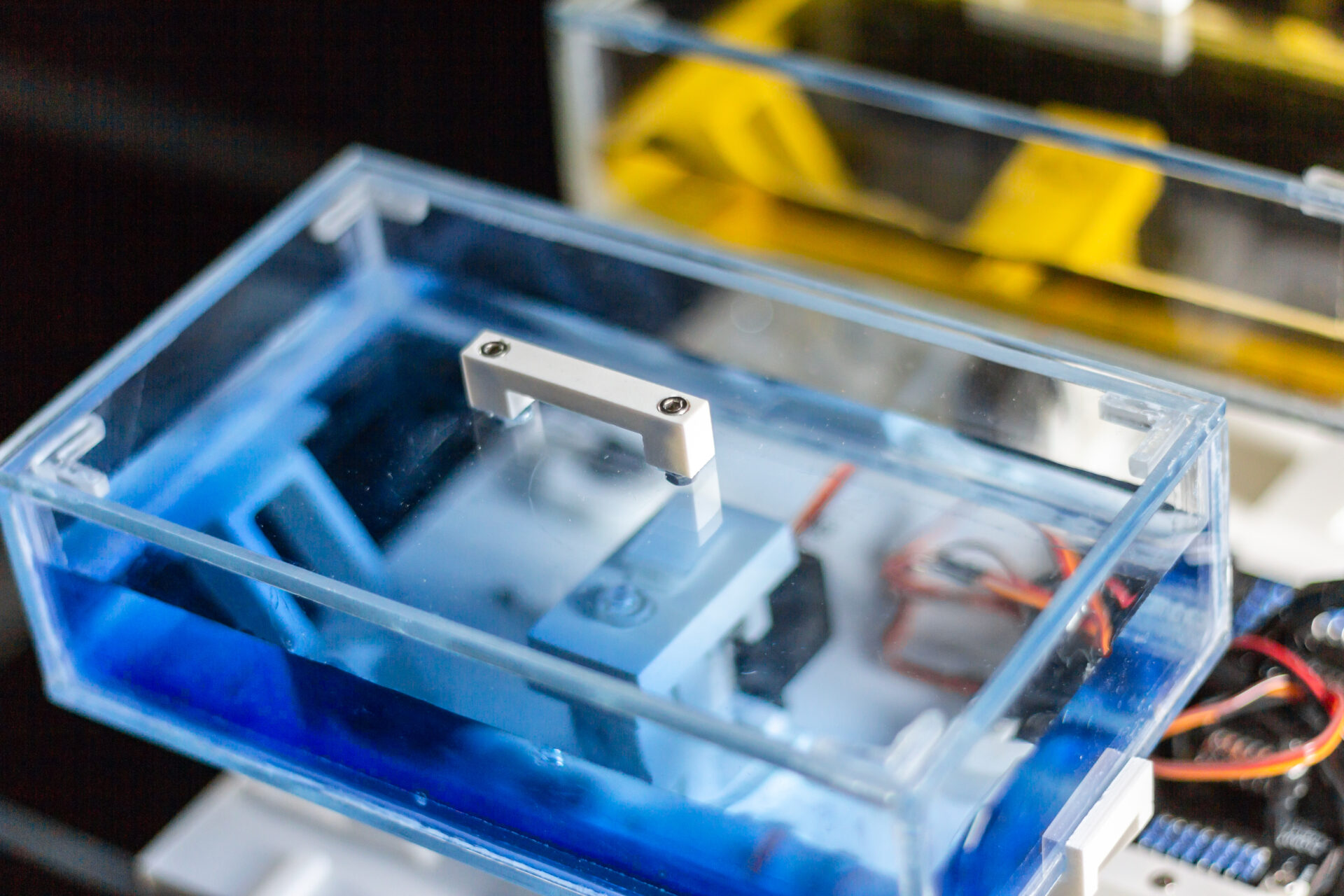 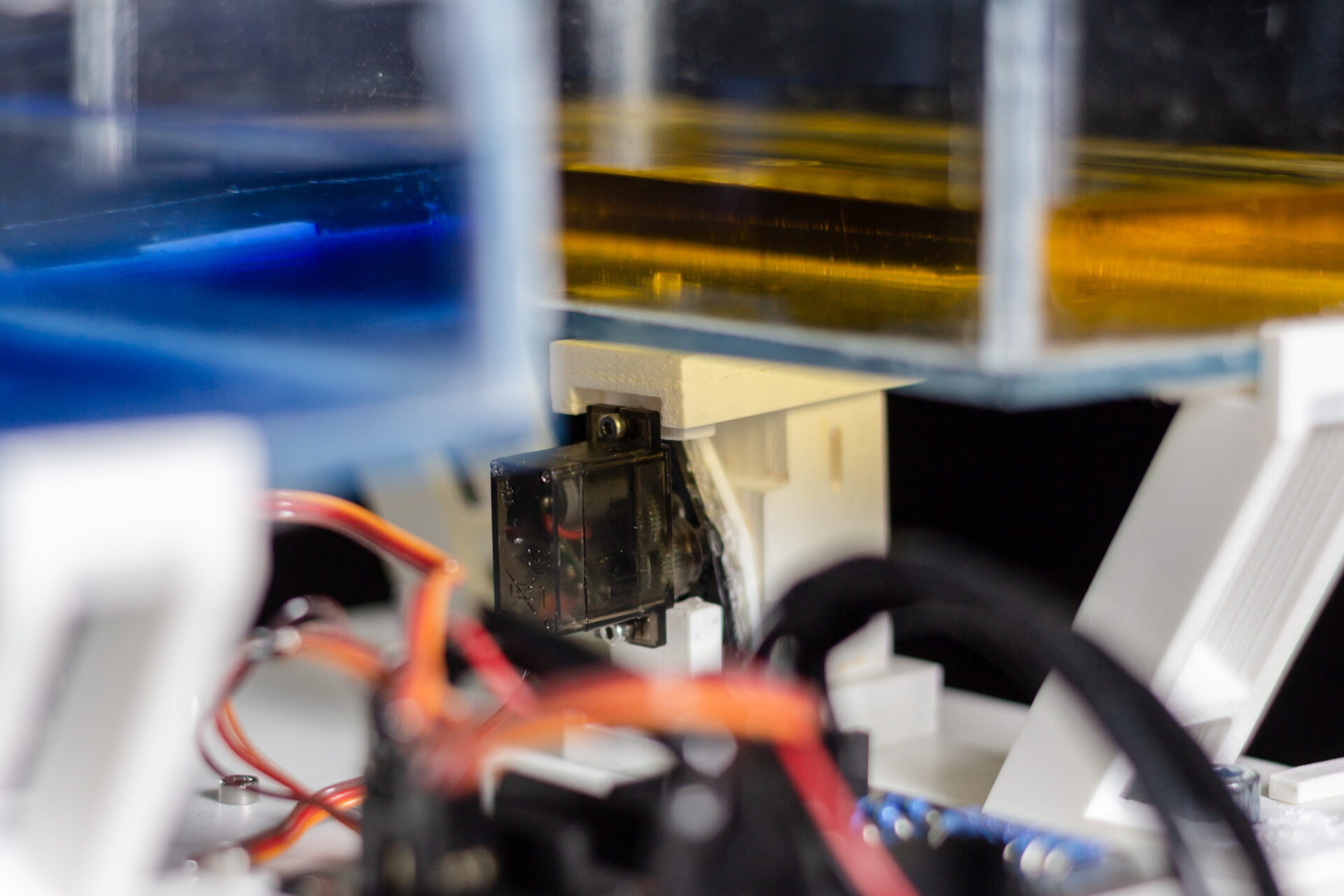 The mycelium machine transmits binary data through a mycelium mesh in the earth. It does this so by manipulating the pH levels of the mycelium through the induction of two pH liquids, which sit on the opposite spectrum of the pH range and bounce the levels between HIGH and LOW, thus representing the binary nature of modern technology within our very own earth. 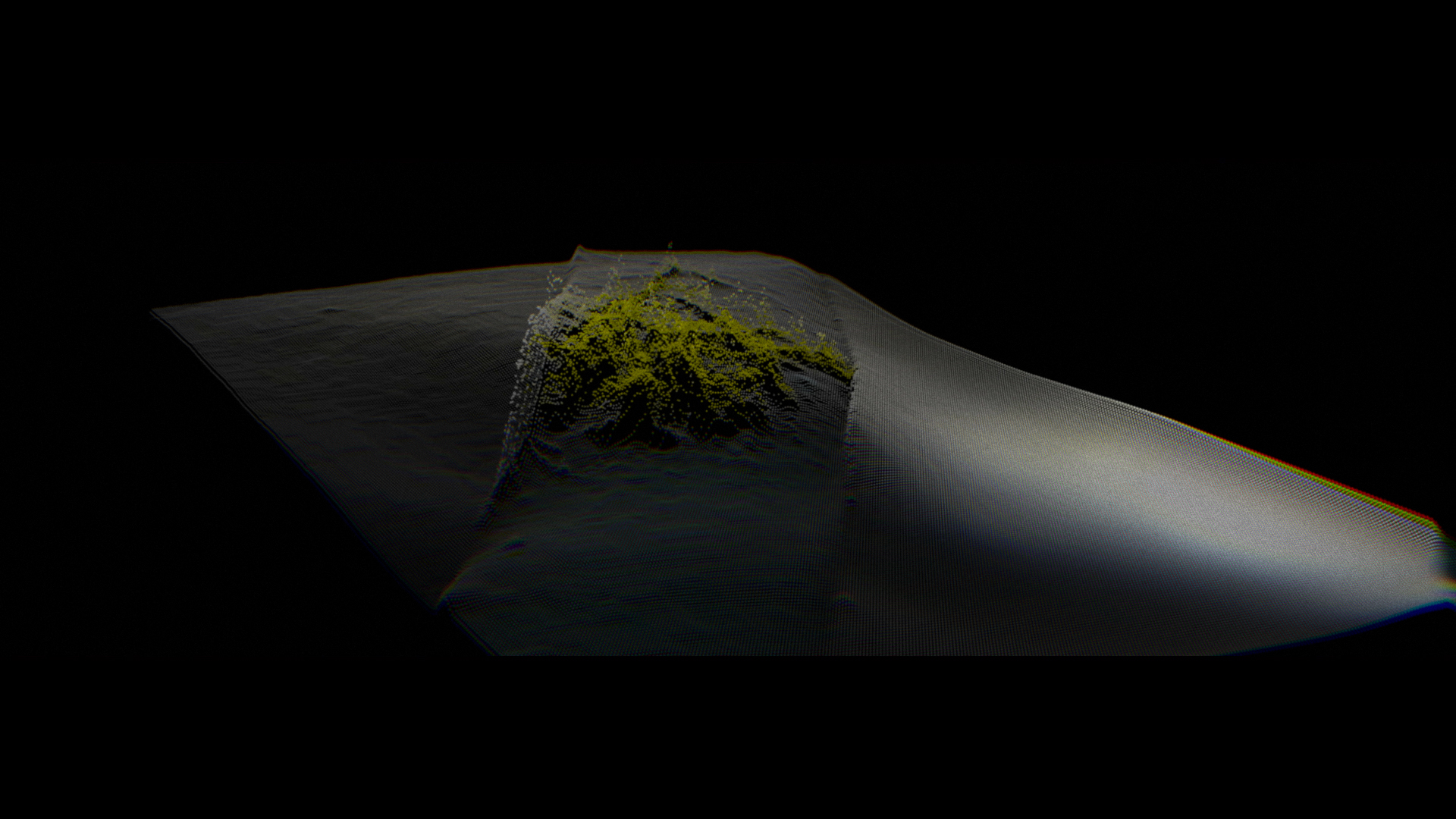 3d plot of a mycorrhizal transmission 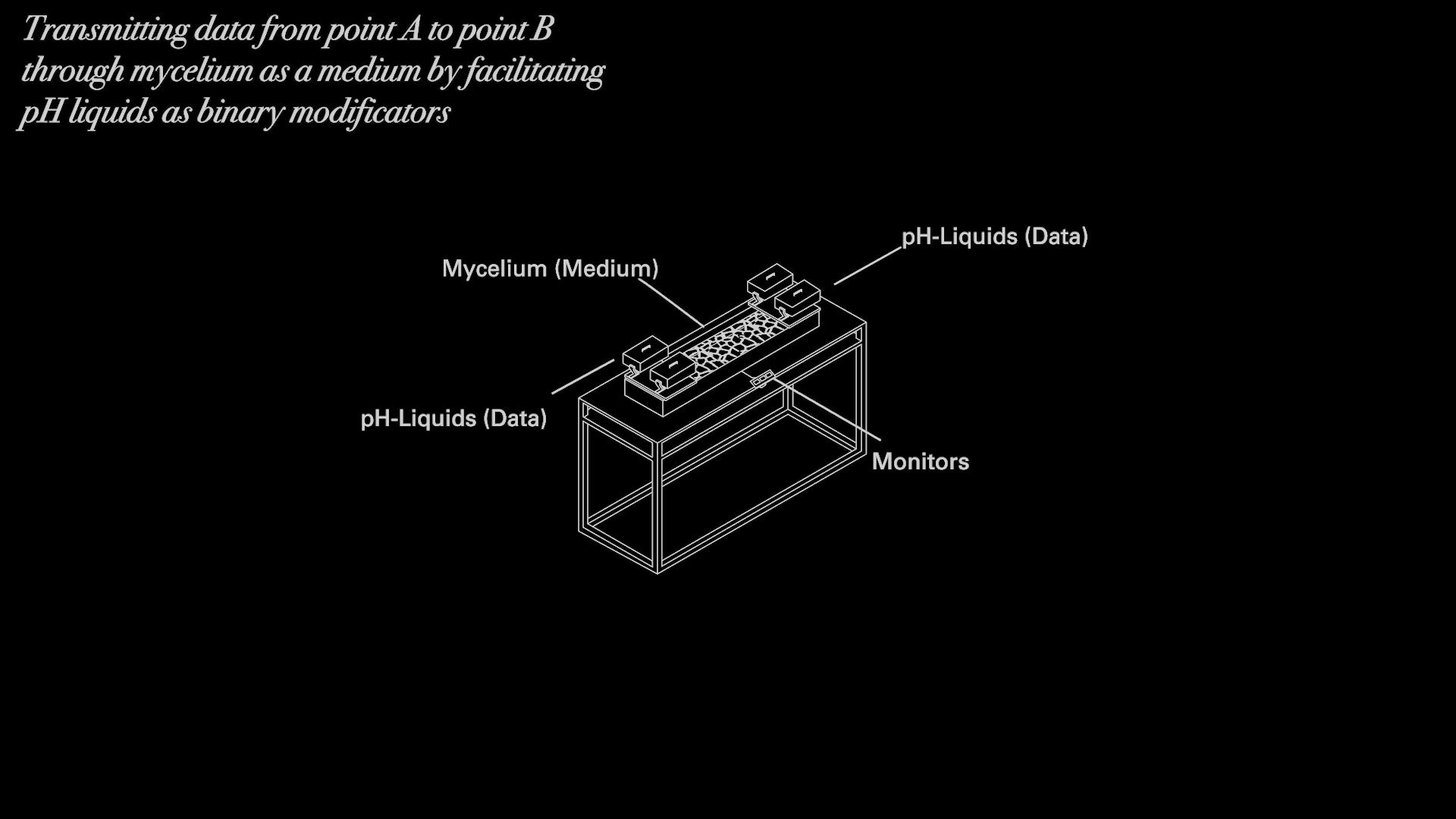 Schematic of the machine

Initially, the work was planned to be a technological research of a novel device for transmitting or relaying information. Inspiration stems from nature itself. Plants, trees and other growing things in forests are connected on the undersurface via common mycorrhizal networks and form communities. These mycorrhizal networks are formed by mycorrhizal fungi which stretch out their hyphae cords to form bonds between roots of plants of the same species and even more form complex rhizomatic structures. Within these communities, connected points of the forest can transfer water, carbon, nitrogen, and other nutrients and minerals to weaker individuals. Stronger individuals in sunny and optimal places are willing to share their portion of nutrients, food and other information with weaker individuals in shades and sub-optimal places. Spreading resources with a robust altruistic method may help to grow the population. Moreover, certain species even developed methods to alarm other individuals of attackers, such as bugs or parasites. Precautions can then be met. In the case of some plants, their fruits or leaves will be covered in some liquid that deflects the attackers.
Based on this network theory of forests, I wanted to set out and create a mechanism that would willingly interact and communicate with and through the given structure. After some discussions and research, I settled on altering the liquid household of the mycorrhizal networks by either adding a more acidic or alkaline liquid. This would change the pH-value of the network. When measured against a base value, for example, a base value would be pH value 6, changing this value by adding more alkaline liquid and driving up the value to 8 would then represent an electronic HIGH – or a 1 in binary. The network absorbs the excess fluids and sinks them in another part, especially where there are capacities. This would lead automatically through normalization of the pH value and is in no way harmful, as long as it is done in a controlled manner. 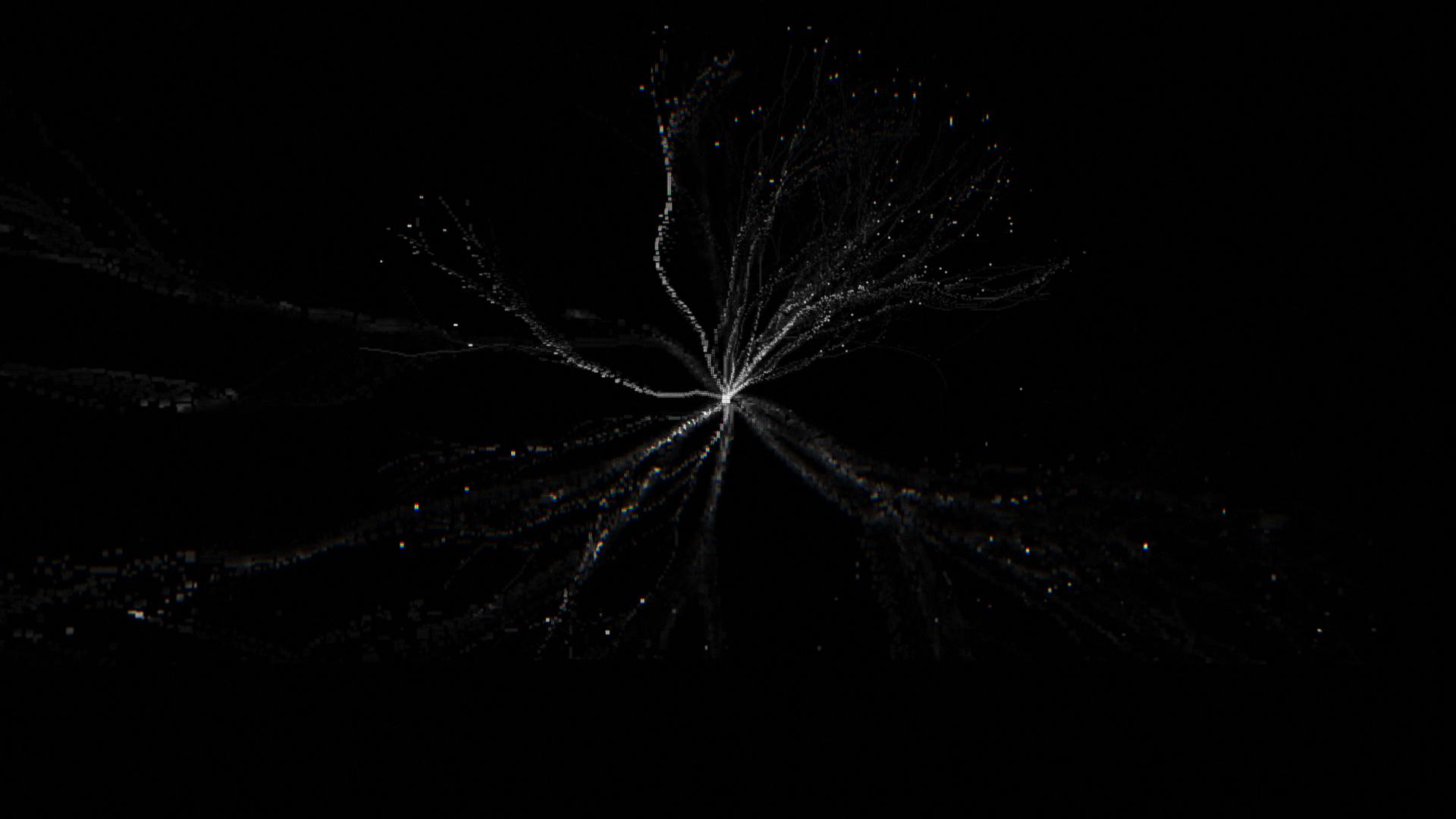 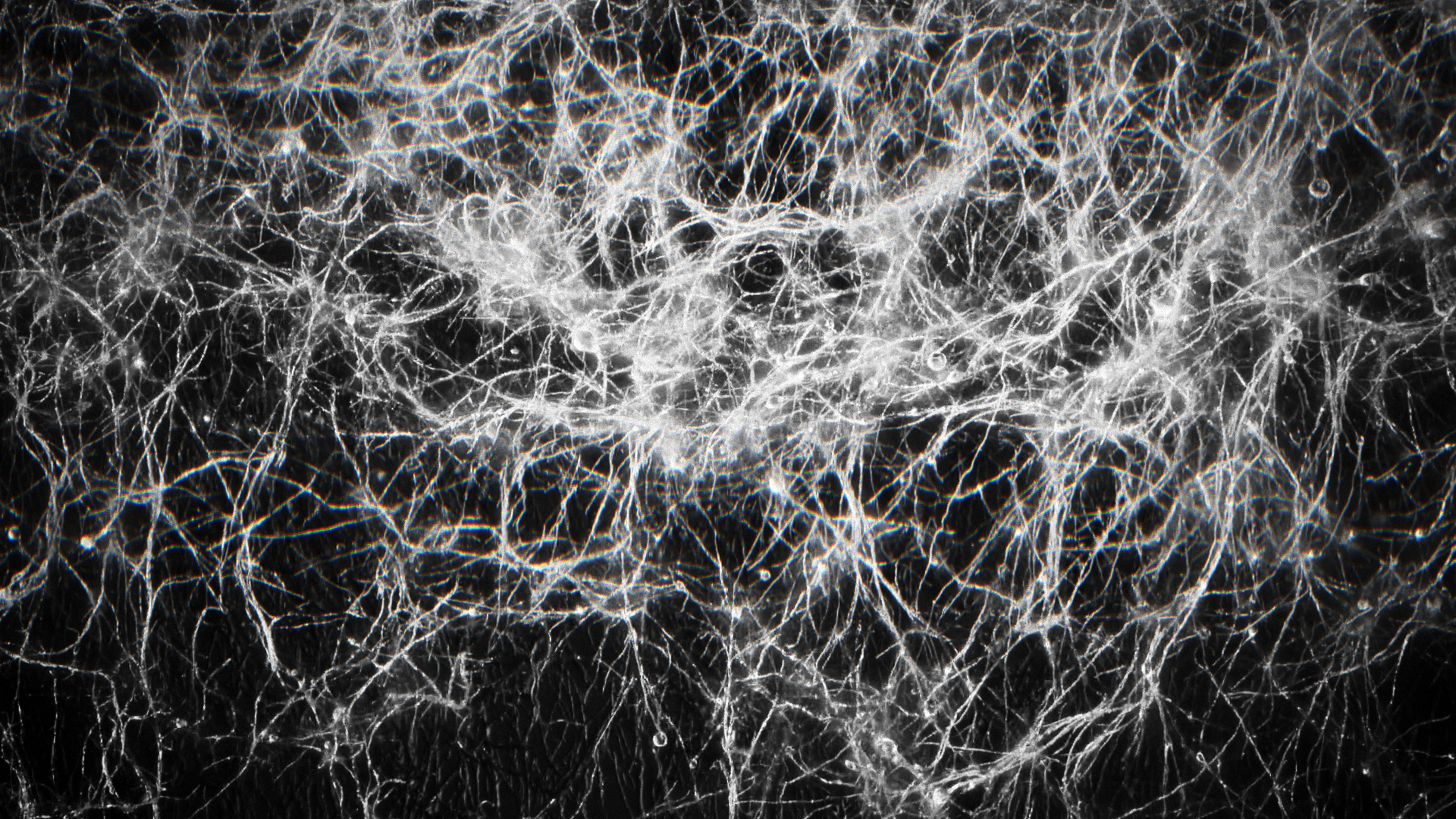 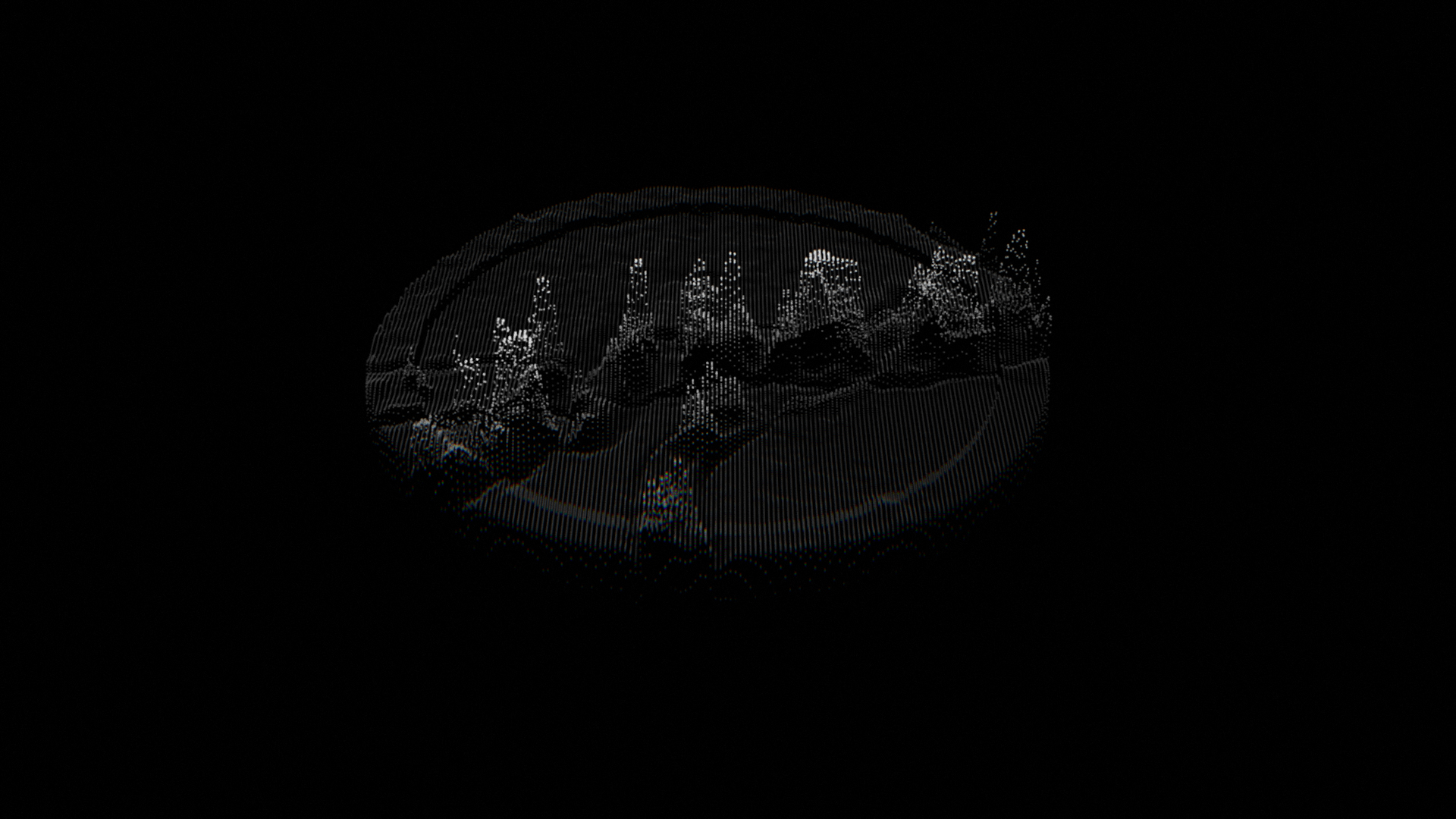 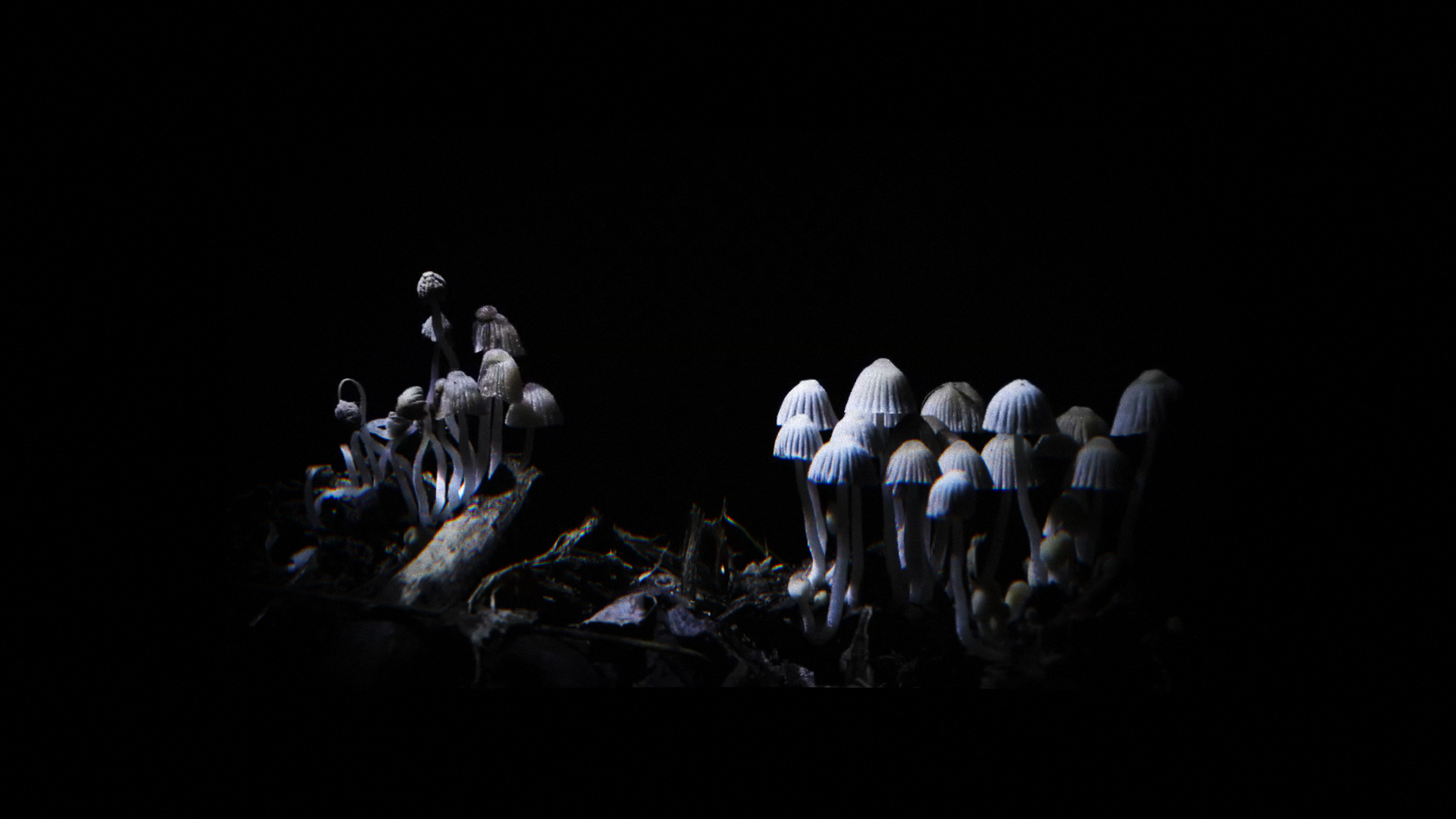 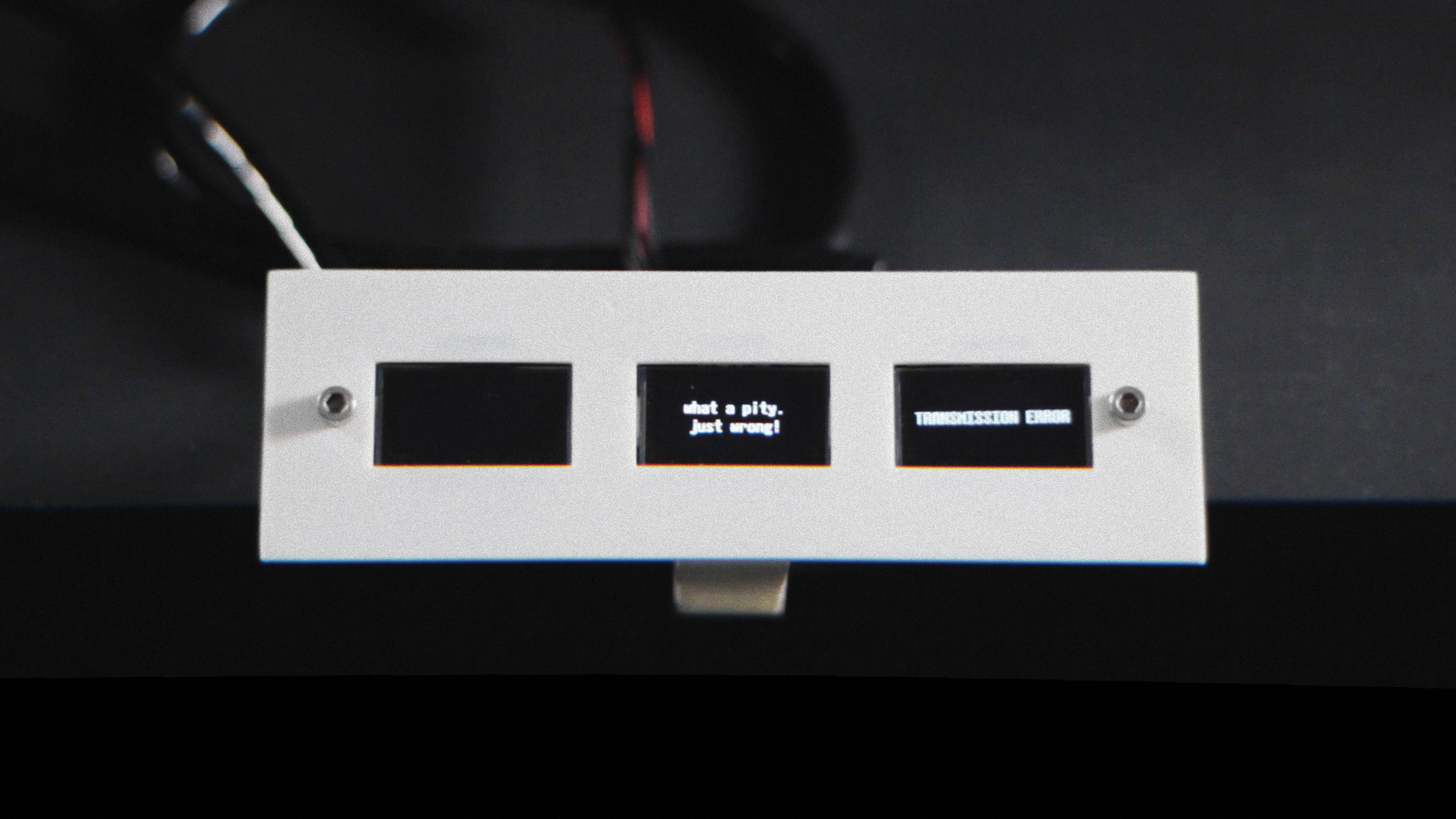 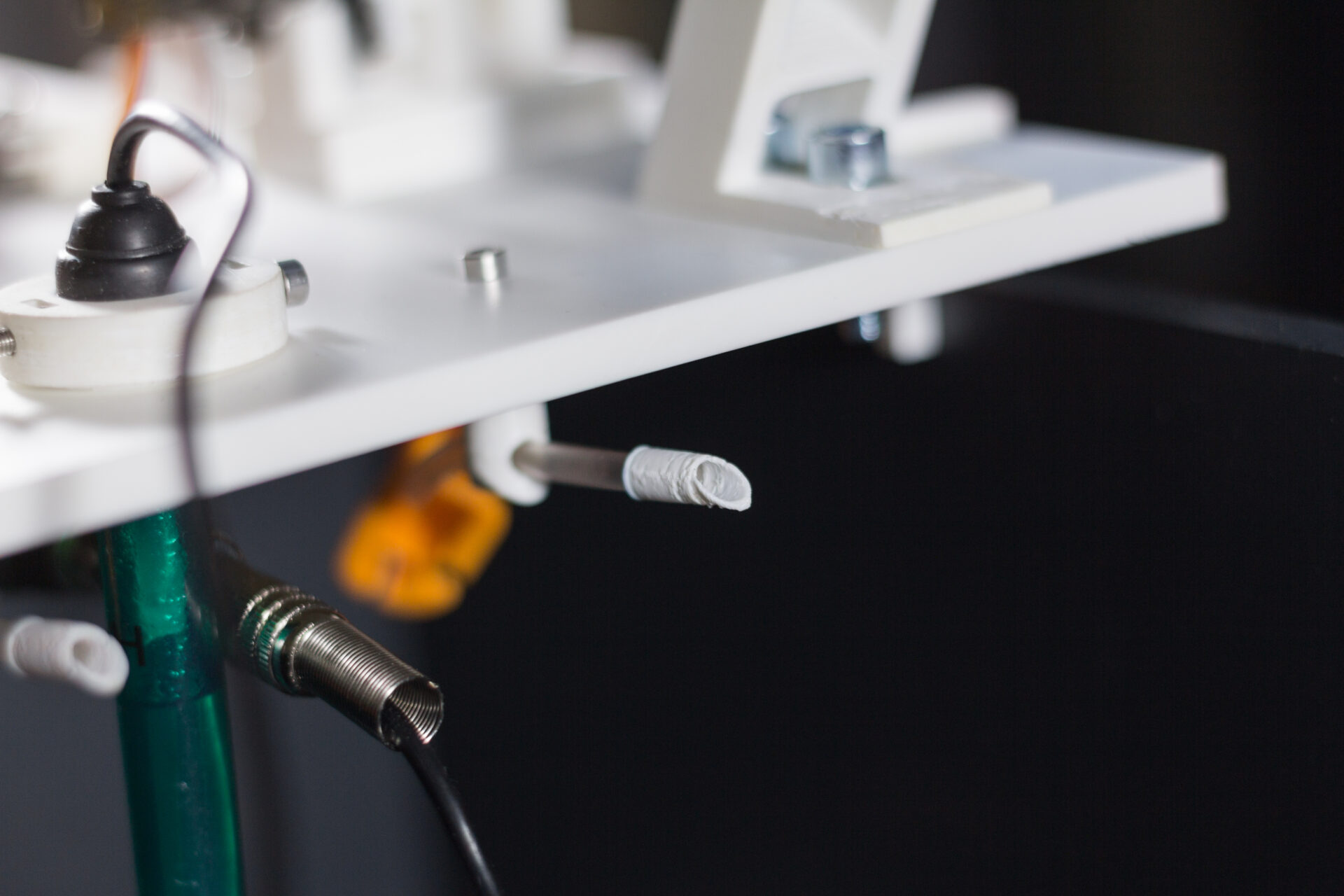 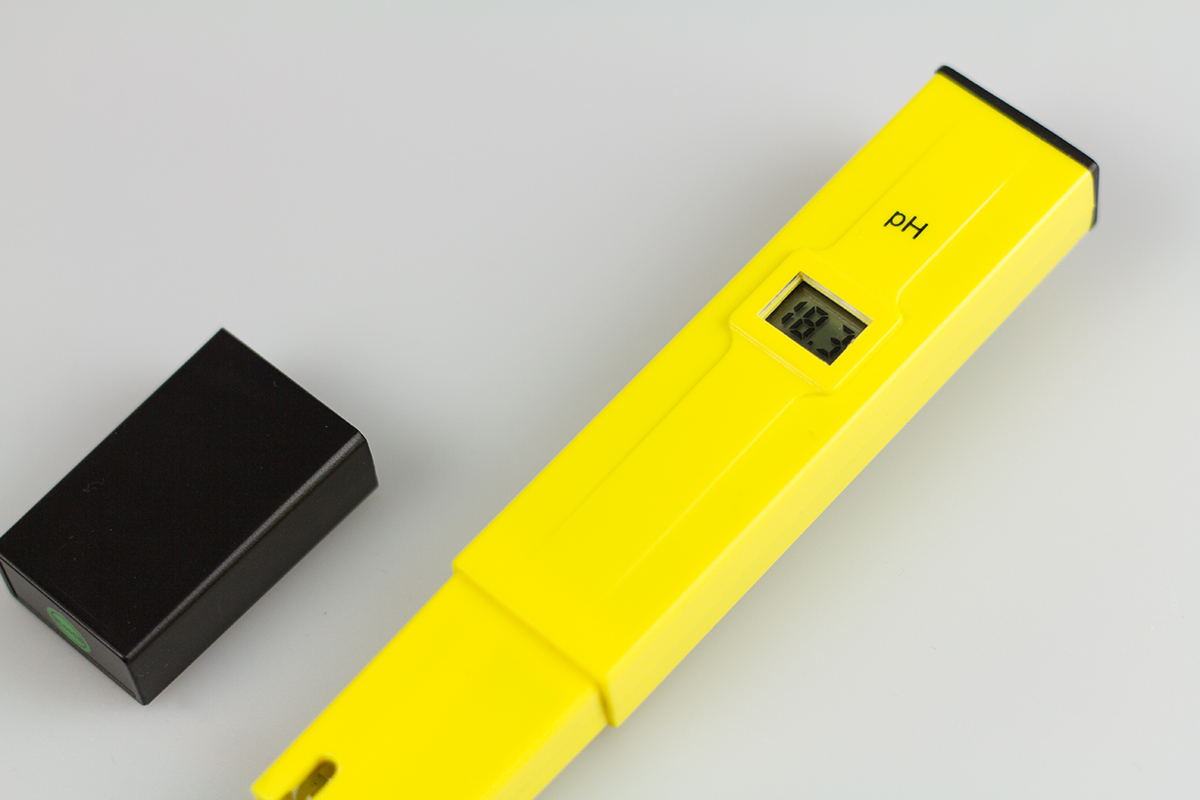 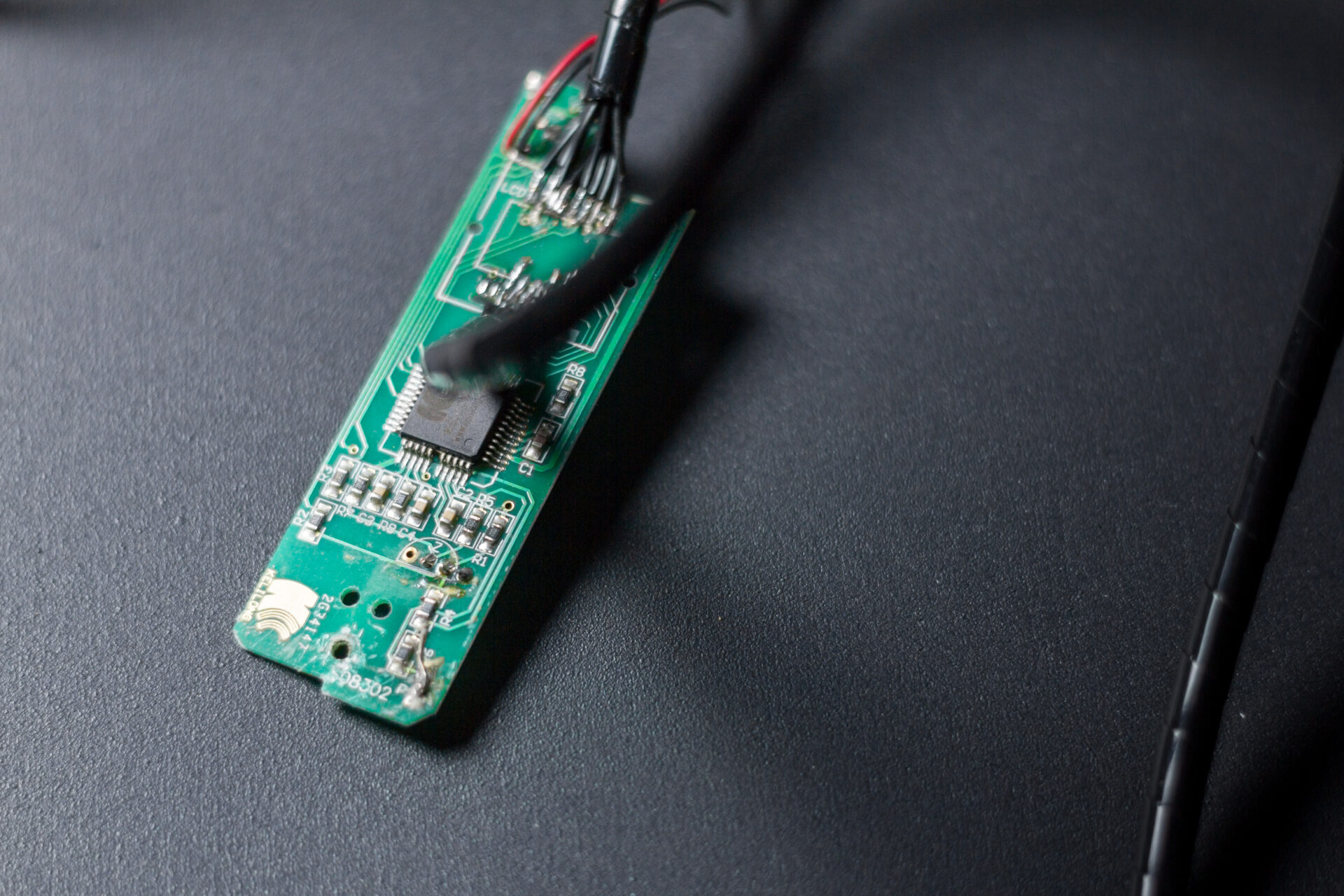 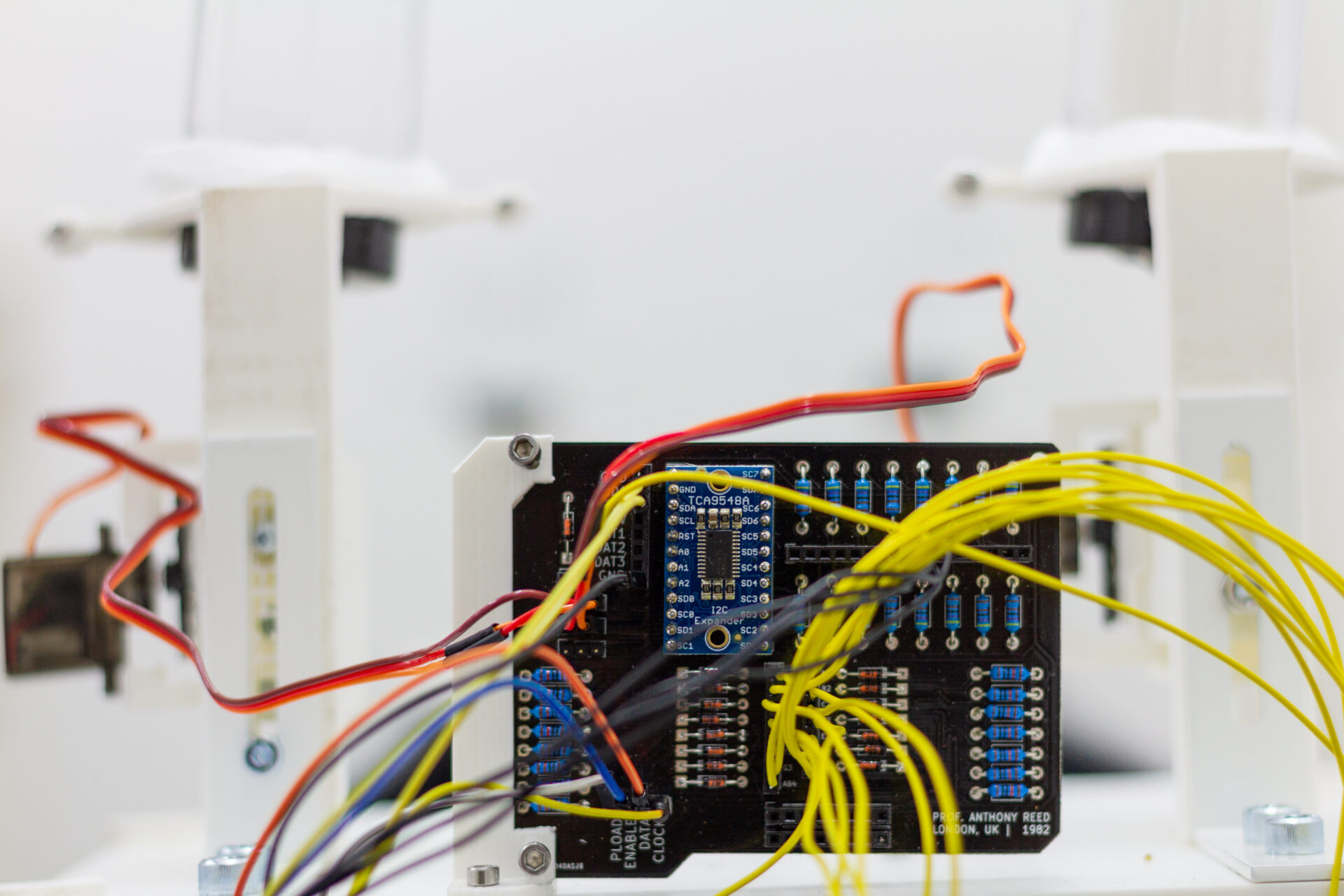 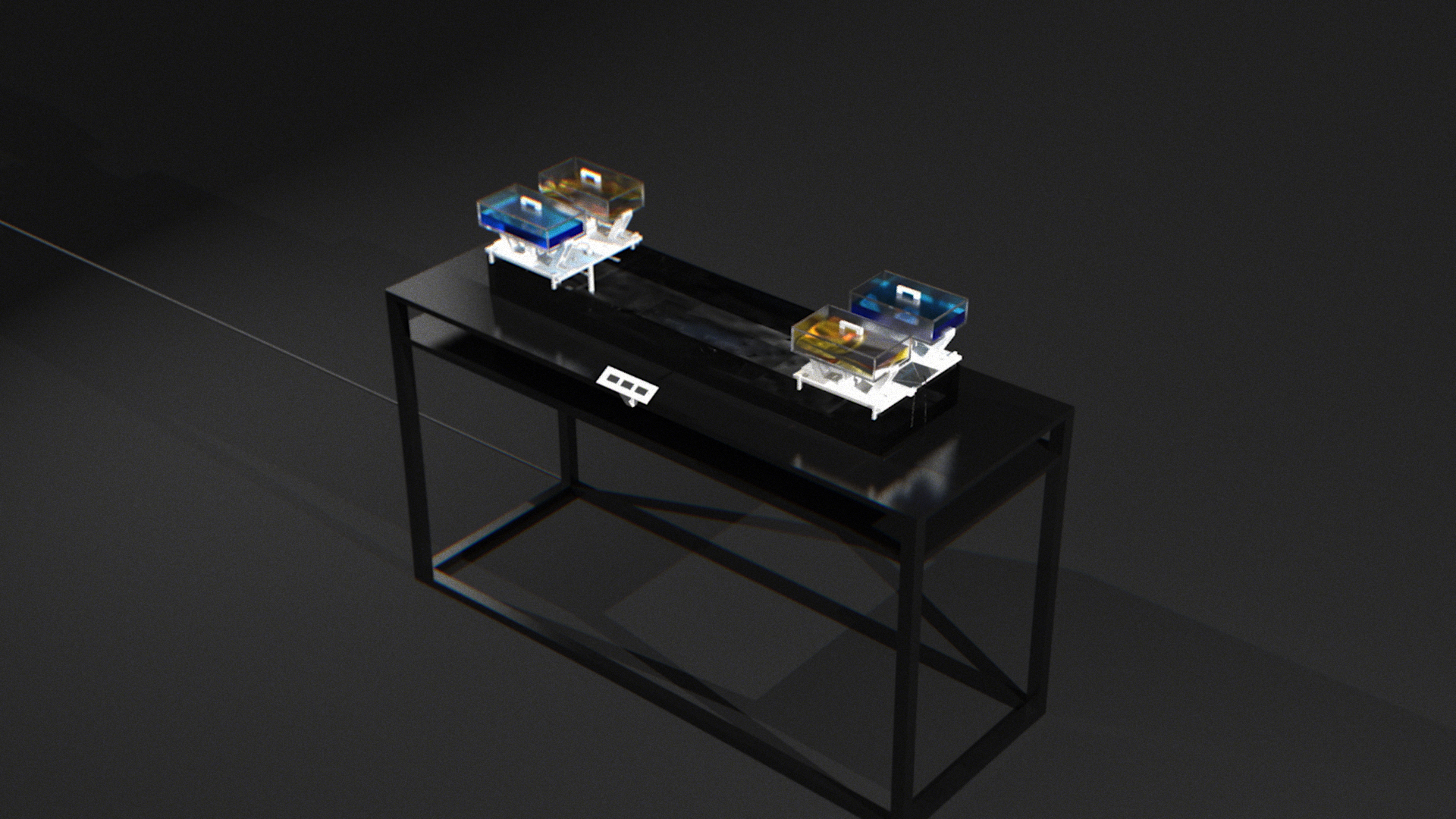 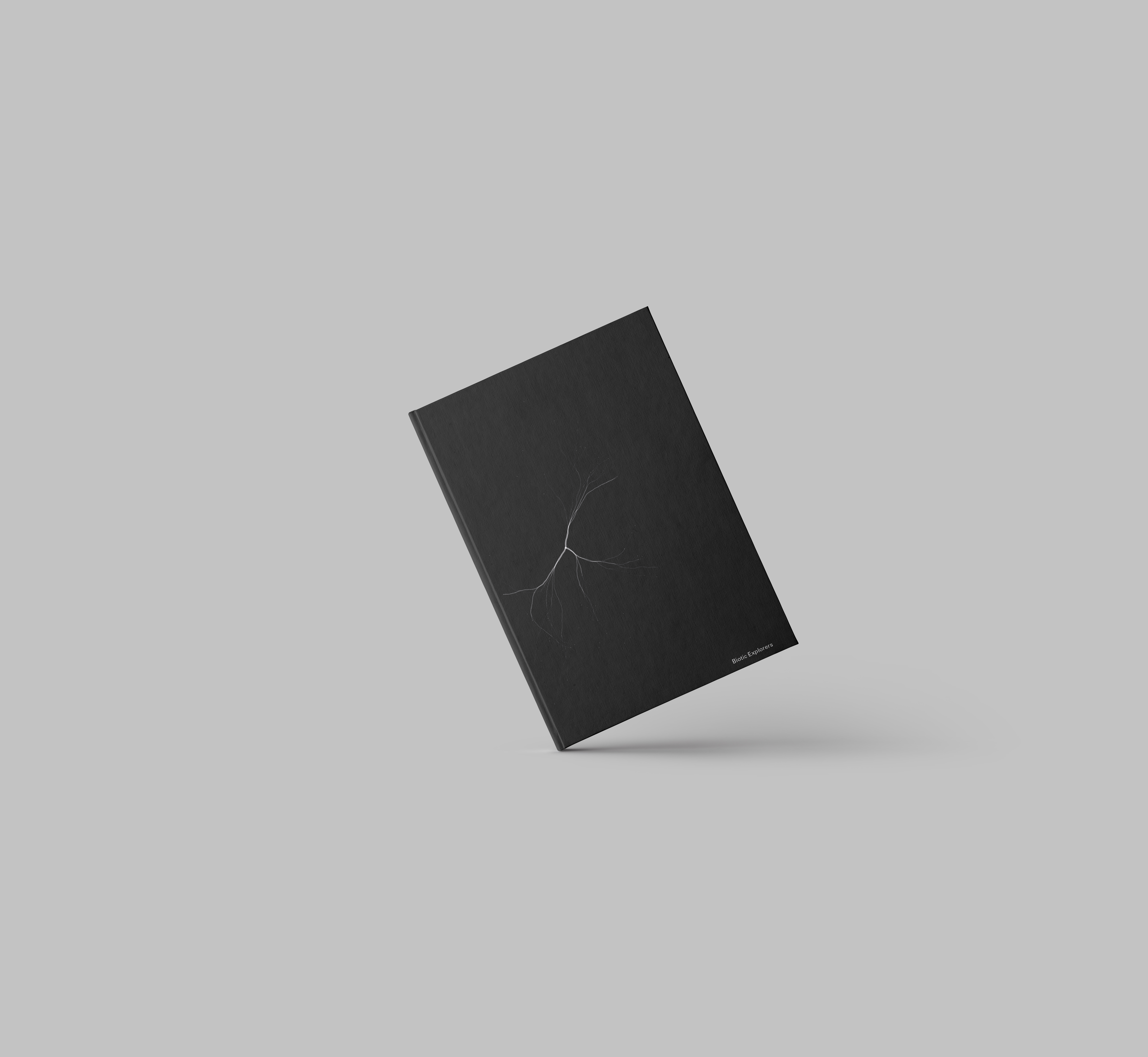 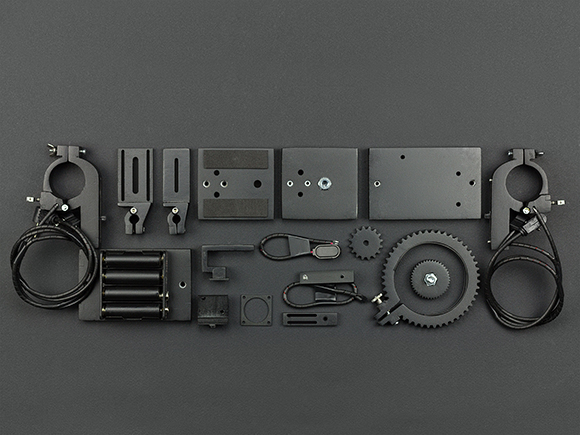 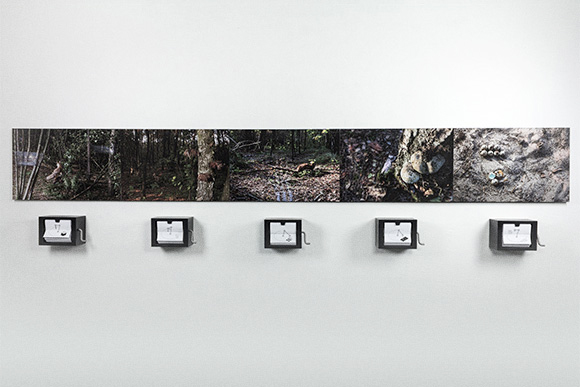 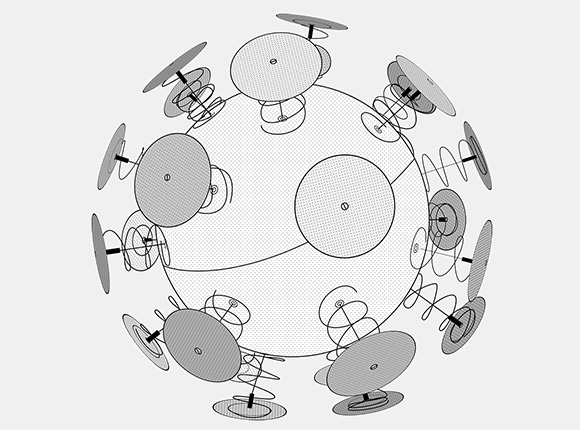 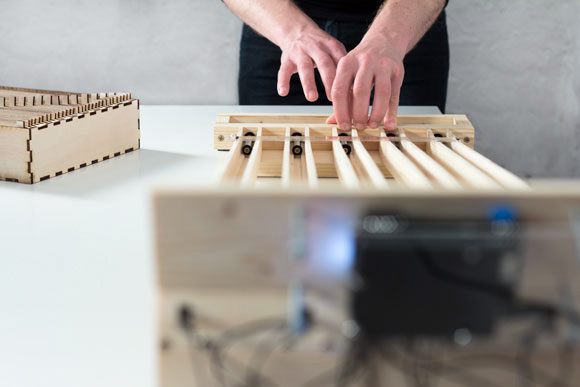